4K video with sound, offset printed text,
performance with a choir at sunset
2022

The clap of a butterfly’s wings and the buzzing sounds of sudden movement of an imperceptible brown moth. Eyes closed, these sounds are an intoxicating hum; drawn to the night like a lullaby.

Insect sing-along follows the lifecycle of a butterfly: caterpillar, cocoon, to the final metamorphosis towards adult form. Insects are often our closest animal neighbours, and yet, are overlooked in ecological terms. The final form of the butterfly suddenly morphs into a robotic insect developed at the Delft University of Technology. These prototypes could potentially help with the pollination tasks of dwindling insect populations. The surprising history of lepidopterans and technology stems from a remarkable anecdote of the original “computer bug” - a squashed moth that affected early computer operations in 1947.

Behind the screen, a neon blue glow draws the audience upstairs to a sculptural light work. Moths have a strange fascination for artificial sources of light. It is thought that they fly at a constant angle to the light of the moon in order to navigate. They often mistake artificial light for moonlight and in this way lamps distract them and they seem to forget about everything else.

At sunset and nightfall, Serné presented a performance in the garden developed together with the vocal ensemble Genetic Choir. During regular exhibition hours, a sound piece developed and recorded with choir member Miyuki Inoue accompanied the silent film.

Nocturnal insects have a strange fascination for artificial sources of light. It is thought that they fly at a constant angle to the light of the moon in order to navigate. These insects often mistake artificial light for moonlight and in this way lamps distract them and they seem to forget about everything else. 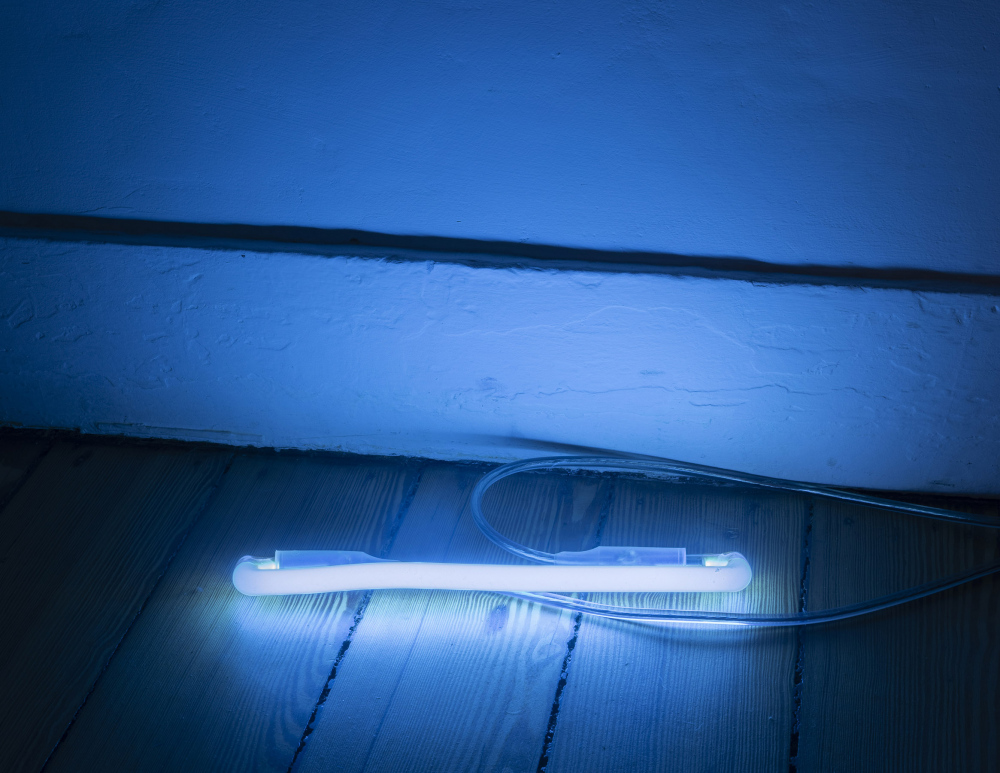 Listen to the audio: 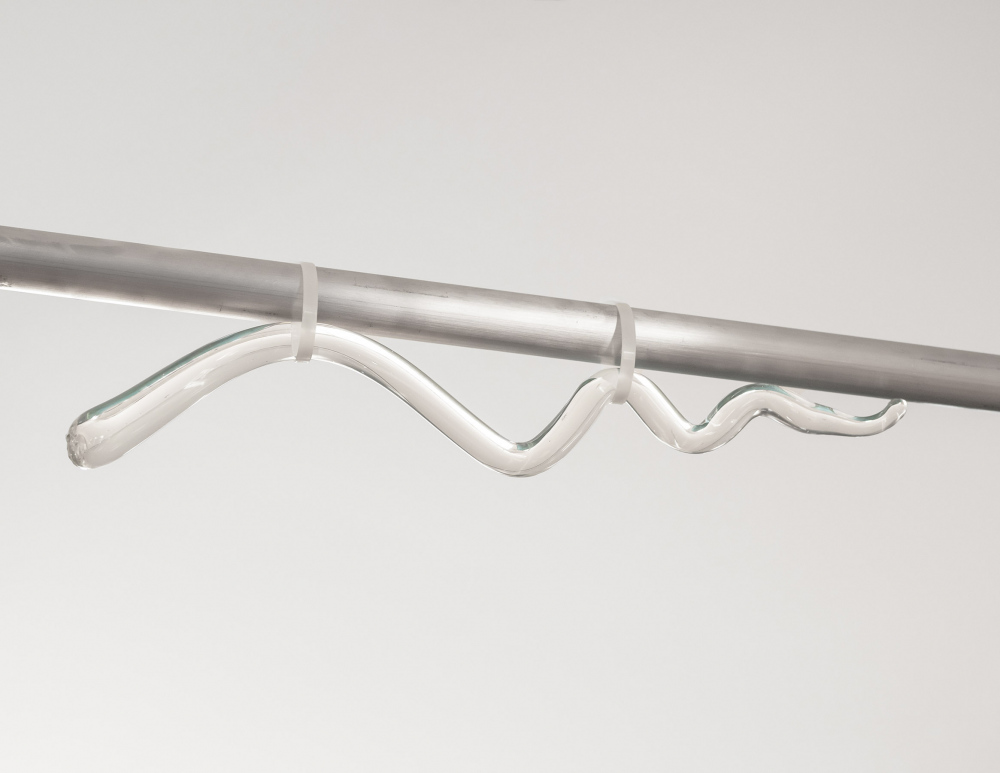 Moths have a strong fascination for artificial sources of light. They are less active, feed less, and pollinate fewer flowers when drawn to light at night. Lamps can distract them to the extent that they forget about everything else, perhaps similar to the way in which humans are drawn to screens.

At night, I made infrared photographs of several night-blooming plants that moths feed on. With the help of a computerised Jacquard loom, I then translated these infrared photographs of nocturnally blooming flowers into woven tapestry. The photographs were downloaded into a software program that translated each colour into a combination of threads.
The tapestries refer to the moth that got stuck inside the machine that computer pioneer Grace Hopper and her team worked on in 1947, this moth has been described as the first software bug.

Produced at the Textile Lab of the Textile Museum in Tilburg (NL).
Documentation of the work at Fotogalleriet in Oslo by Jan Khür. 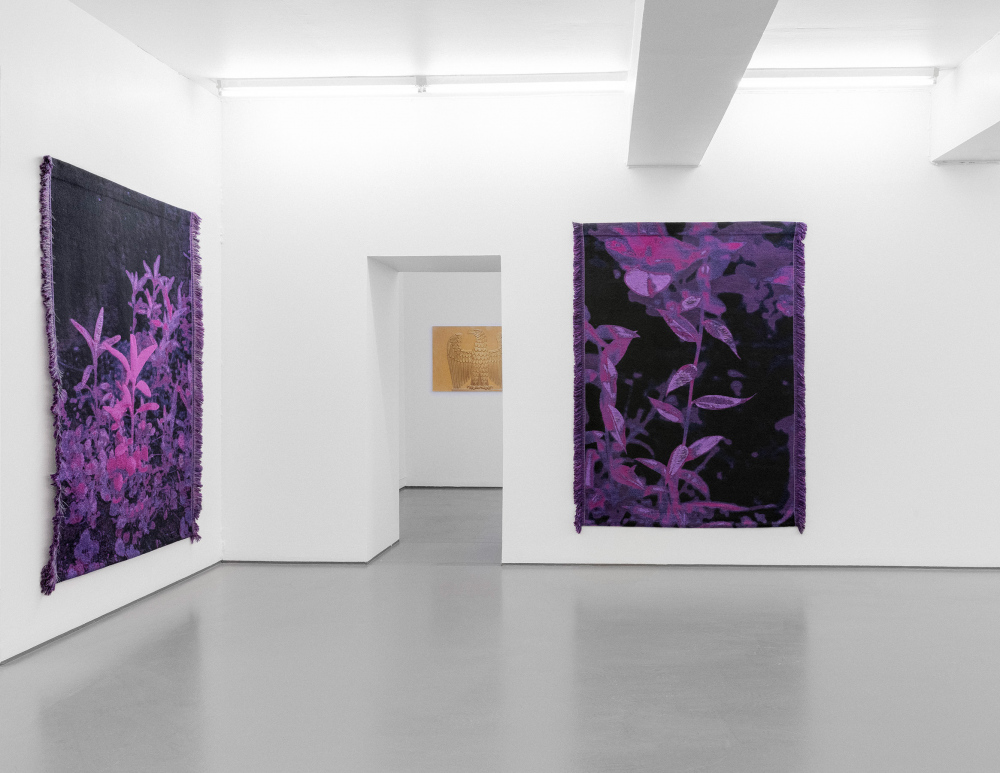 Duet/Songs consists of words that imitate sounds based on machine-generated transcripts of insect communication. The text derived from sound recordings of insect calls by entomologist Liao Yi-Chang, these recordings were inserted into transcription software originally meant to transcribe human speech.

Throughout 2019/20, I gathered auditory and visual impressions of the ways in which insects navigate man-made environments. I focused on their movements and their sense of hearing; the sounds they produce in order to communicate. During this process, I got to know biologist Liao Yi-Chang who is specialised in insect communication and I was introduced to his personal archive of insect recordings. Among the recorded sounds were calls of plant lice that without amplification would be inaudible to the human ear. I fed some of these recordings to transcription software meant to transcribe human speech. The insect recordings translated to onomatopoeic renditions such as:

The onomatopoeic translations were furthermore gathered in the publication Duet/Songs by publisher In the End Books. 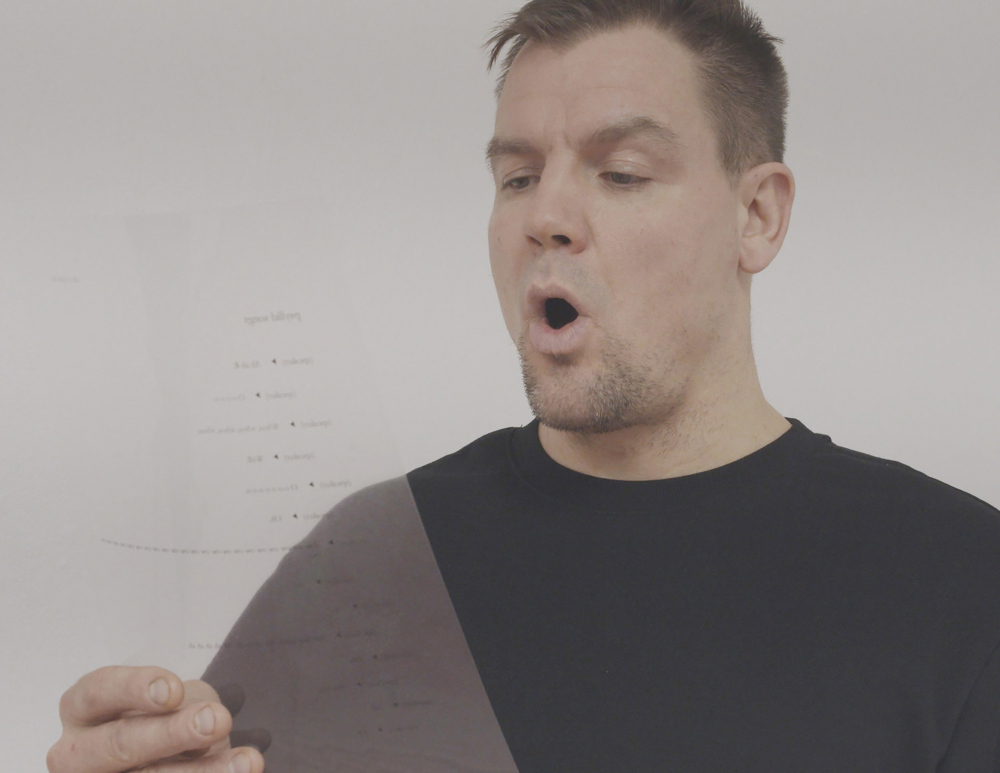 The repetition and rhythm of insects’ sounds can be perceived as machine-like. Shot in and around Taipei, the video A caterpillar is curled in a green ring unfolds in a series of visual and auditory impressions of insects in a man-made environment. It includes a choreography of insect names in Taiwanese sign language.

These images are set to a soundtrack partly consisting of recordings made by an entomologist who collected insect sounds that without amplification would be inaudible to the human ear.

Many thanks to the team of Bamboo Curtain Studio for their help and to entomologist Liao Yi-Chang for his insect recordings.

This project was possible thanks to the Mondriaan Fonds and Stichting Gerbrandy Cultuurfonds. 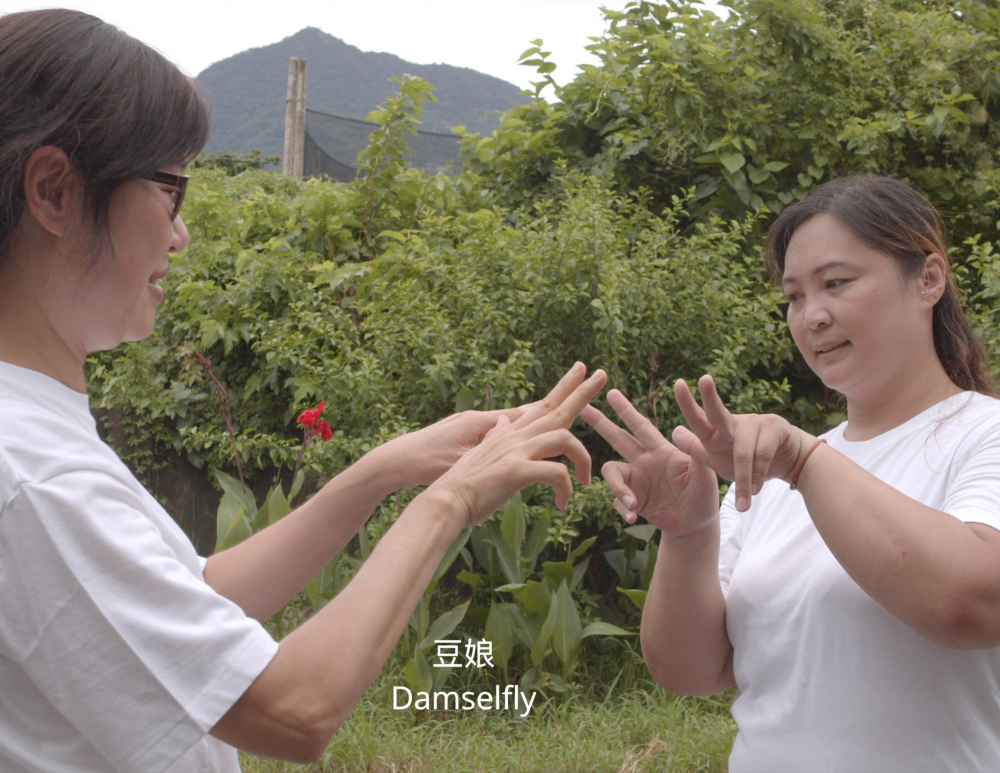 Sleeptalking brings together a recording of a vocalist rehearsing a lullaby and a set of textiles on wooden frames. The vocalist doesn’t fully remember the lyrics of the lullaby and stumbles on her words. By translating the lullaby into a song that should be practiced, the soothing qualities inherent in lullabies transform into something else. The colours of the textiles derived from cyanotype, indigo and a blue light-gathering pigment found in cyanobacteria.

The cyanobacteria is the simplest organism currently known to have a day and night rhythm.

Woodwork: Matthew Coutts
Vocals: Signe Irene Time
Thanks to chronobiologist Shona Wood from UiT The Arctic University of Norway for telling me about the sleep-wake rhythm of tiny organisms. 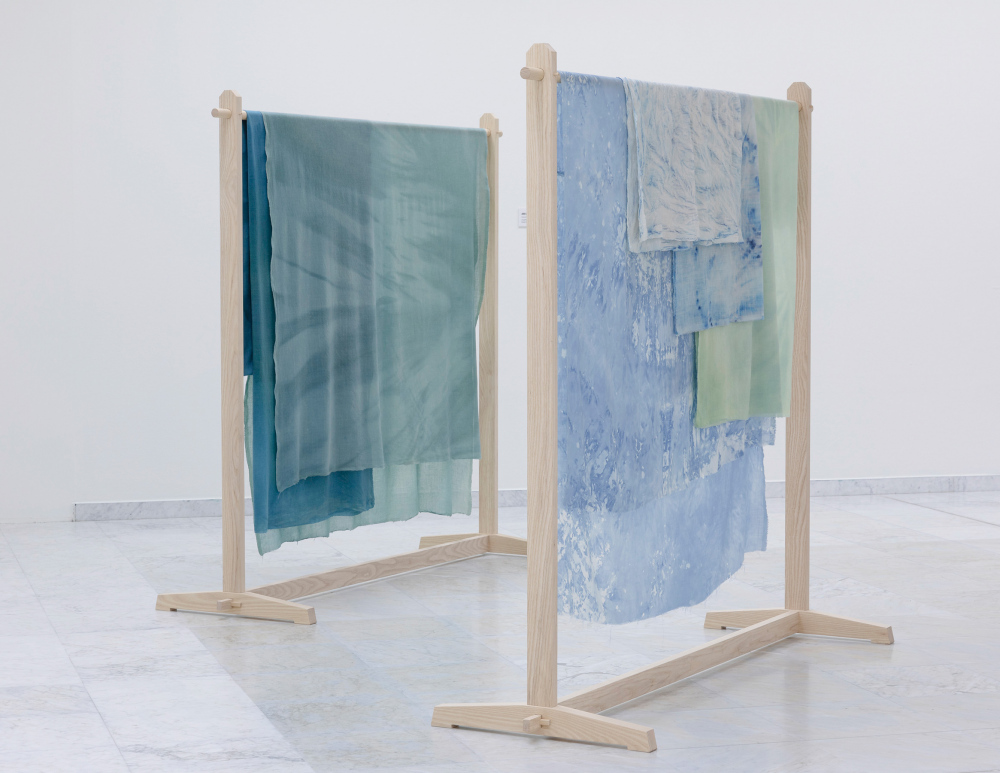 In science, the word sounding means: 'to study the underwater depth of lake or ocean floors by transmitting sound pulses into water'. Data taken from soundings are used to map the seafloor, an area that is still largely unknown to human beings. According to the Merriam-Webster dictionary sounding can also mean: a probe, a test, or sampling of opinion or intention. Like a bat exploring its surroundings by sending out a signal and listening to the echo in order to find out what’s there.

During a three-month residency in Japan, I explored the meaning of the word sounding and drew a parallel with the Japanese word kodama. Kodama can be translated into English as echo, but is in Japanese folklore also known as a phenomenon that reverberates sounds in mountains and valleys. Spoken words reflected against the landscape are thought to be kodama, trees that are answering.

Late in the 1970s, three dams were built along the course of the Takase river in Nagano Prefecture. Echoists of the Takase River focuses on the vegetation around one of these dams. A Japanese sign language interpreter signs the word kodama/ echo, while a group of performers shout both the names of plants and trees that died during the construction of the dam, as well as the names of pioneer species that were the first to colonise the previously disrupted land.

This project was possible thanks to the team of Asahi AiR and the generous support of the city of Ōmachi, Nagano, Japan. 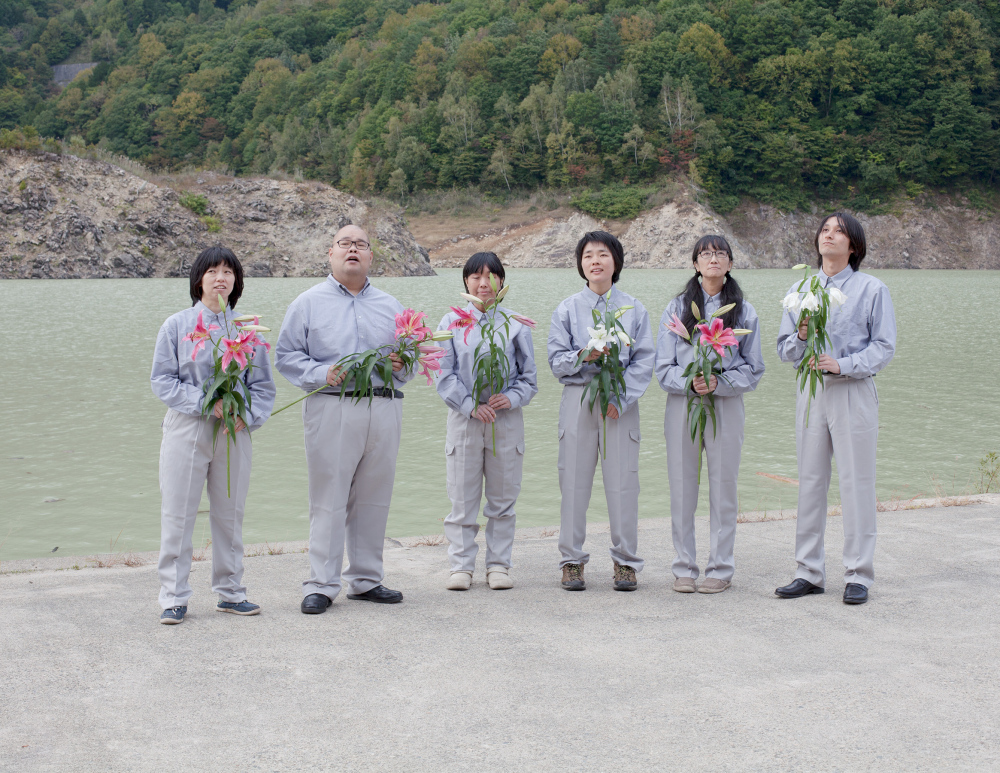 An opera singer is doing vocal exercises in the darkness of a former iron ore mine. The word opera is borrowed from Italian and means work, both in the sense of the labour done and as a result produced.

The glow-in-the-dark poem consists of found sentences from texts about miners who sang or made sounds to keep a consistent rhythm while working.

Opera is part of the site-specific collaborative project Book of Sand / Singular Hands with artists Matt Bryans and Håvard Sagen and sociologist Merete Jonvik. Together we explored the dormant mythologies of three artist-run spaces in Rogaland, Norway. These places were situated in a post-mining landscape, a marketplace, and agricultural surroundings. 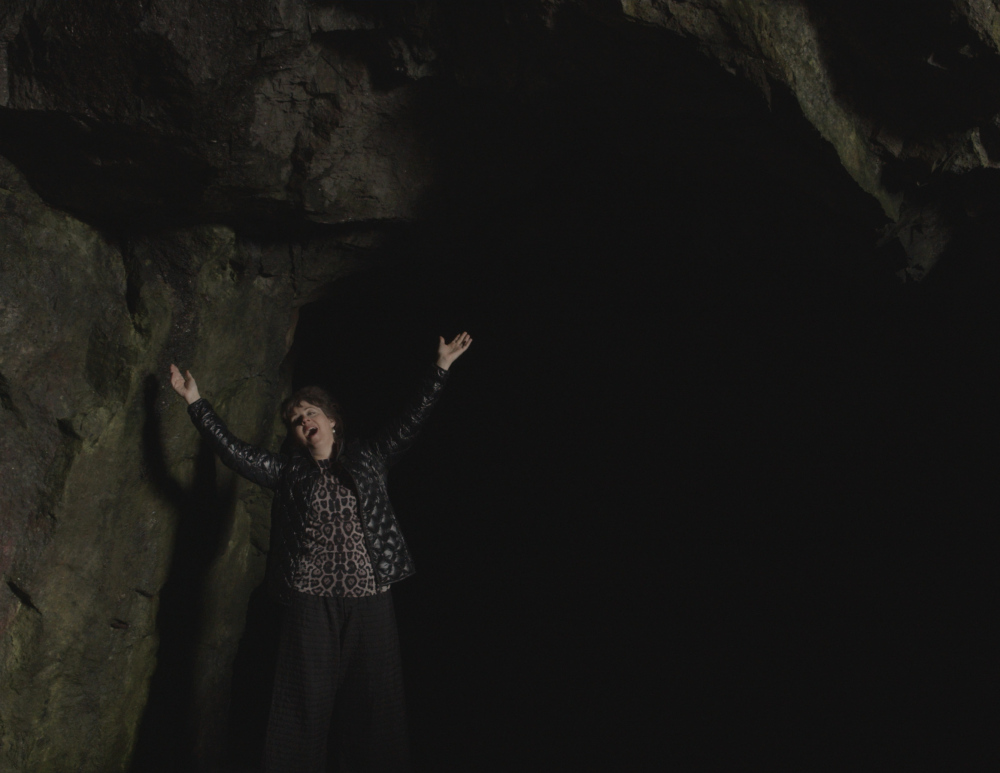 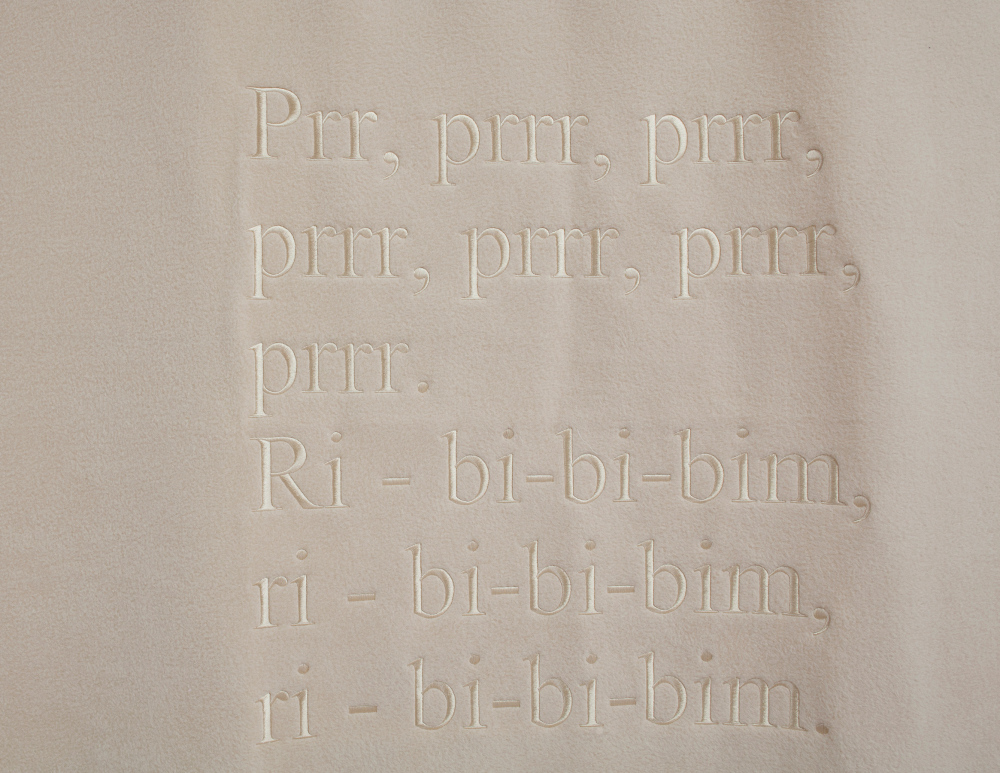 Ears made from optical glass. 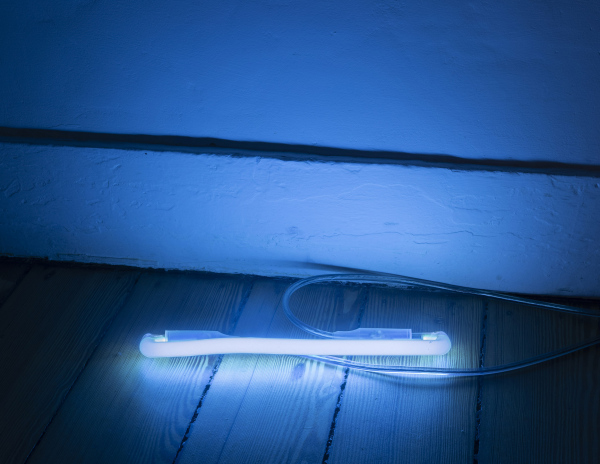 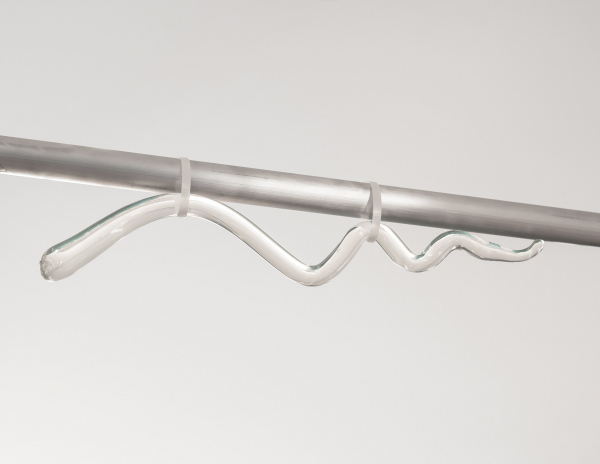 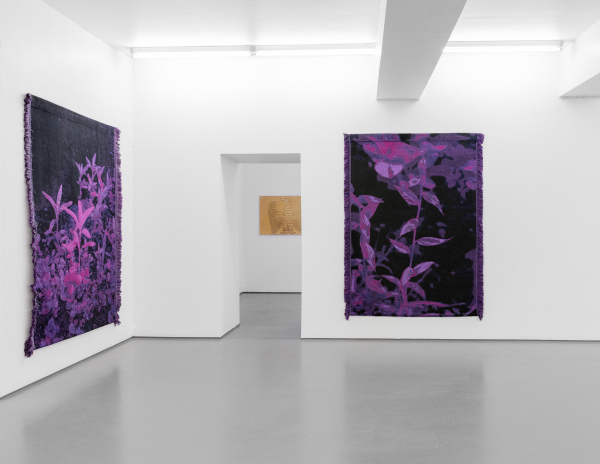 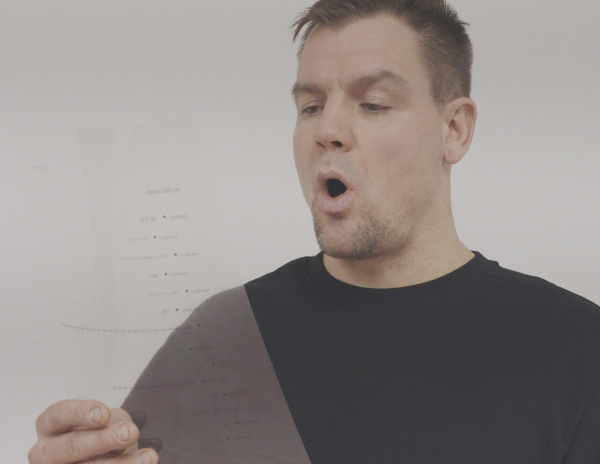 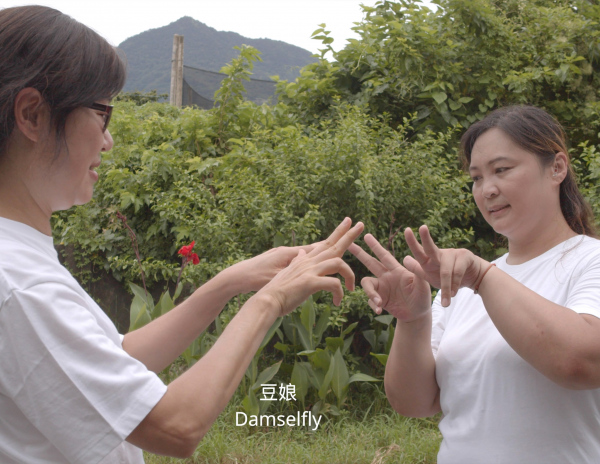 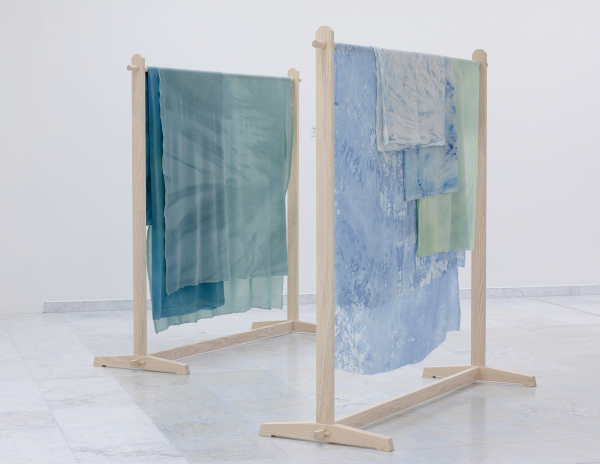 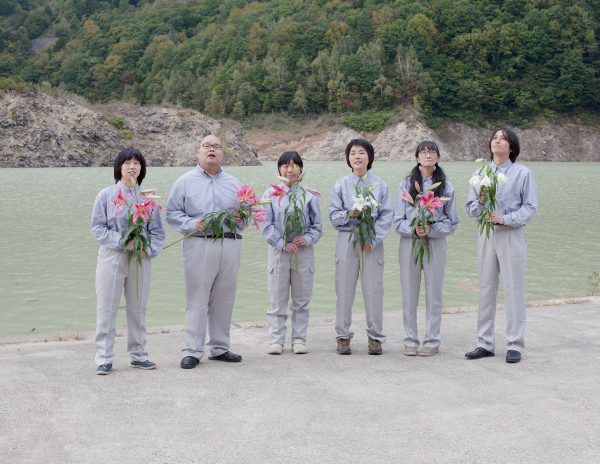 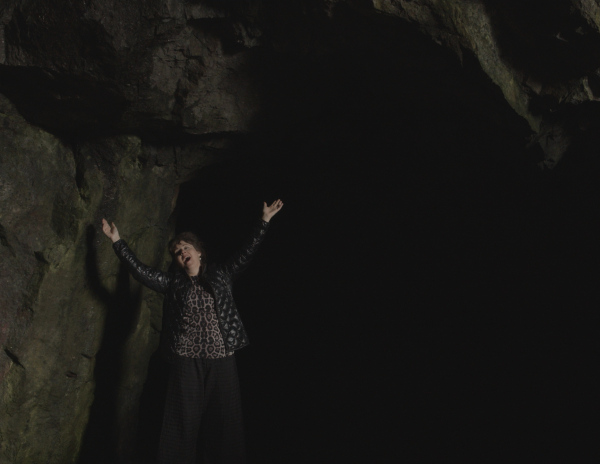 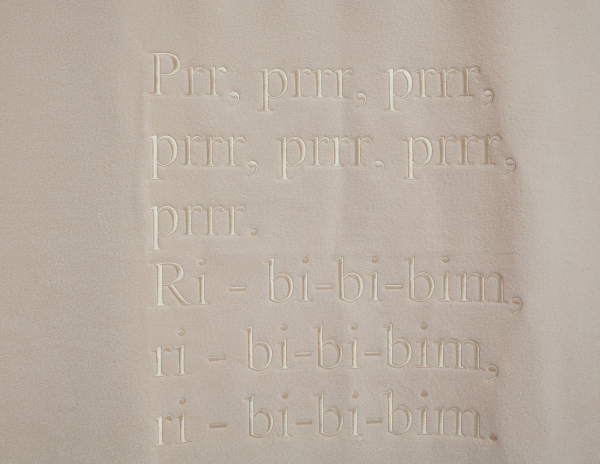